The education of our children, the safety of our neighborhoods, and the health of our communities are far more than political issues for Mary Belk. They’re necessities for a thriving North Carolina. Mary is running for re-election to continue to fight for them.

Family and community have always been Mary’s anchors, so her goal is simple: to focus on improving and growing our region by giving every family the opportunity to educate their children, keep them healthy, and put them on a path to success.

Growing up as one of eight children, Mary found that the best way to get ahead was through hard work and personal responsibility. Her parents’ dedication to these values inspired her to become a recognized member of her community who continually shows up and gets work done.

As a student at Garringer High School during the early years of integration, watching the struggle for basic equality inspired her to get involved at the grassroots level. She worked alongside her mother to help elect strong leaders who would take the Charlotte-Mecklenburg region into a more prosperous future. She was also very involved in her church, and was voted onto her church council at the age of 19.
​
During her first years as a Police Science major in college, Mary was recruited to join the security team of a local store. Her success highlighted her investigative skills, which lead her to become one of few young women in the field of insurance adjusting in Charlotte. As she went on to raise her four children, she continued to expand her involvement in civic activity while working on building up her family’s business with her husband, Ralph. 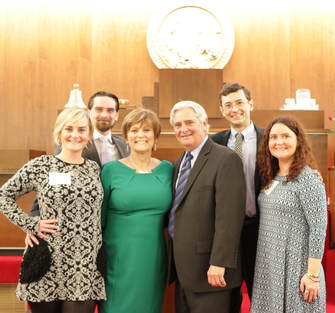 Once her children were grown, Mary took an unusual step: she returned to school to study political science, and graduated with honors from The University of North Carolina at Charlotte in 2006. While at UNCC, she served on the Model UN, an international student organization that undertakes global policy study and debate with other members around the world. Traveling to China with the Model UN and working to solve global issues sparked an idea: what if she could bring these same skills back to her community and use them to make a difference in the lives of her family and neighbors?

So she did. Mary has spent the last eight years deeply involved in local politics in Mecklenburg County. If you need late-night policy advice, Mary is there. If you need a phone manned, an issue raised, a community organized, or simply a woman to get something done, Mary is there. She has been there for her family, her neighborhood, her church, her schools, and her party. And as your representative, she’ll be there for you.

Mary’s commitment to North Carolina and her community spans 50 years, and has included work with the following organizations: